Like many of you, I am sitting here right now trying to come to terms with the awful, awful news that Steve Jobs has passed away. (In a bit of irony that I hope Steve would appreciate, I happen to be writing this on a PC. At least until it crashes, Steve.)  I feel oddly deflated. I feel like my best friend has moved away. I feel like I have lost something that I didn’t realize just how important it was until now that it is gone. And I feel like I could just start crying. I feel like something great has been taken away and that it will be a long time before we really know greatness again. It is like a museum has been burned down, and only a few of the wondrous treasures were able to be saved before the rest was lost.

Truly though, this news shouldn’t be surprising. We have known for years that Jobs was suffering from pancreatic cancer, one of the most brutal, hateful, and lethal forms of the disease there is. The time lapse images of him over the past years were a constant reminder that the corporeal Jobs today was not the same Jobs of old.

But, still… It is shocking. It’s shocking because we all wanted him to be OK. We wanted him to be back up on that stage. We wanted him to keep making magic. We wanted just one more “one more thing…” Because, even though we know deep down that eventually everyone dies, I think we all thought that somehow Steve was bigger than that. Steve was beyond mortal. Let’s face it; Steve Jobs was a god, and gods do not die. Even when he announced that we would be stepping down in his daily running of Apple back in August, I think we all felt it was really more of that classic Steve magic at work. He would be stepping down so that when he came back, we would love him all the more for it.

Even yesterday, with the Apple press event – let’s face it, what  has really always been the Steve Jobs event – didn't we all kind of expect Steve to step out from behind the curtain at the very end? To give us our…one more thing. To be holding a new iPhone with that devilish glint in his eye as introduced us to the next bit of technology that was going to shape our lives and change the world. And even if that one more thing this time was just him assuring us that yes, he was still there, he was still Apple, that, “Don’t worry, I’m still here behind the magic.”

And I have to wonder if Steve, ever the company man, managed to hang on just long enough to see this last event through. To make sure that his baby was truly in good hands and that it would be ready to take its first delicate steps without him. And while I’ve no doubt that Steve was a wonderful family man, it is next to impossible to think of him loving anything more than he loved Apple. He was Apple and Apple was Steve and it was – and it IS – hard to think of them separately. It wouldn’t surprise me at all to learn that Steve passed away before the final Apple event, but that he left the strictest of instructions to say nothing about himself until his baby could have its day in the sun. “The show must go on,” and no one – NO ONE – knew how to put on a better show than Mr. Steve Jobs.

I have had a lot of wonderful experiences in my life as a journalist. But I will put missing getting to see Steve Jobs give an Apple event in the same category of regret as missing a live Space Shuttle launch. I always thought the chance would be there to see them both, and now that they are gone, they are gone, and there is no other substitute that can fill that void.

I sought advice on purchasing a new laptop several weeks ago. I sent forth a query on Twitter as to what I should buy. Everyone – every single one – that responded said that I should get a Mac. And not just, “Get a Mac,” but they went on and on as to why they loved Mac, why Mac was so much better, why Mac was the way to go. People in the PC department of Best Buy told me to get a Mac. Steve Jobs did far more than create a product or a brand. He did the near impossible; he created a culture. A culture that people felt privileged to be a part of. A culture that said, “Yeah. We get it. We’re different. And different is not only cool. Different can be better.”

But as much impact as Steve had on our industry and on the world, Steve’s biggest impact is really felt on a personal level. People that could care less about tech, cared about Apple products. People that feared tech embraced Apple products. Steve understood the fact that people aren’t buying tech; people aren’t buying specs; people aren’t buying features. Better than anyone else, Steve understood that ultimately, at the end of at all, people were buying an experience. And, brother, that is something he knew how to deliver. With a finger swipe, a pinch or a double-tap, Steve knew what an experience should be like and he single mindedly, drove his team with laser-beam focus to produce homerun after homerun after homerun.

We expected nothing short of greatness from Steve Jobs, and yet he still managed to exceed our wildest expectations each and every time. The pressure on him must have been colossal. Imagine having to produce greatness each and every time. Having to not only raise the bar, but reestablish and reinvent what the bar could be each time.

And yet…he did. Each time. With the iPod. With  iTunes. With iPhone. With iTouch. With AppleTV. With MacAir. With the app store. With iPad. Oh, and throw a little company called Pixar in there somewhere. Steve, legacies being what they are, yours is set. And has been set. There was never one like you before, and there will likely never be a vision so singular, so bright, so...Jobs again. 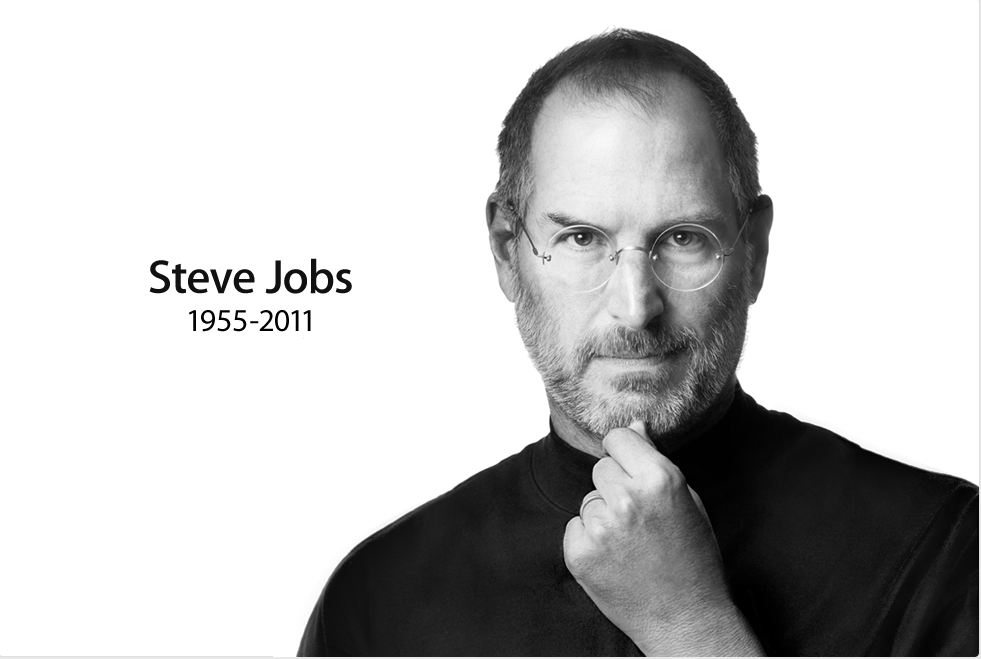 Reply [email protected]
4:02 PM on October 6, 2011
I had the same reaction as you...surprising lament and sadness. Obviously I did not know the man but I did expect him to somehow conquer his cancer and glibly announce, "there's an app for that". But it did not happen and I find myself so saddened by another loss of an era that is slipping through our fingers. As American becomes more Generica, it's harder and harder to find supremely good business practices and leaders that Steve Jobs showed himself to represent. I AM a huge Mac fan. I'm typing this on my MacBook I've owned for 4 1/2 years, while I just today picked up another PC (that I'm required to use for work) that is replacing my 3 year old PC. I have an iPhone, Apple TV, Apple routers and multiple iPods. But more than anything I love the culture that Steve Jobs has created; he's given us something to be passionate about and while I'm sure Apple will continue on in his wake, it just won't quite be the same.