“Here’s to the crazy ones. The misfits. The rebels. The troublemakers. The round pegs in the square holes. The ones who see things differently. They’re not fond of rules. And they have no respect for the status quo. You can quote them, disagree with them, glorify or vilify them. About the only thing you can’t do is ignore them. Because they change things. They push the human race forward. And while some may see them as the crazy ones, we see genius. Because the people who are crazy enough to think they can change the world, are the ones who do.” -- Apple’s “Think Different” Ad

Remember that? Sorry, Steve, but apparently instead of ignoring them or just disagreeing with them, you can sue them. And try to get their innovation rolled back to before it changed the world.

Last Friday, CE Pro’s Julie Jacobson broke a story that very well could be a railroad-sized spike in the coffin of one of the most innovative companies in the home theater space in the past decade: Kaleidescape. (Journalistic competition aside, I want to acknowledge Julie’s amazingly thorough work on this story; she has been following it like a Holmes-trained bloodhound for the past eight years and has been “first to post” on more news on this subject then the rest of the industry combined. So, kudos, Julie!)

If you haven’t heard the news, or read Julie’s piece, the gist is that Kaleidescape has been battling it out in court against the DVD Copy Control Association (DVD CCA) for the past eight years. The DVD CCA claim that Kaleidescape’s hard disk based movie server system violates its licensing agreement that prohibits the copying (storing, archiving, backing-up, ripping – use whatever term you like) of DVDs. And a tentative ruling was released that goes against Kaleidescape. 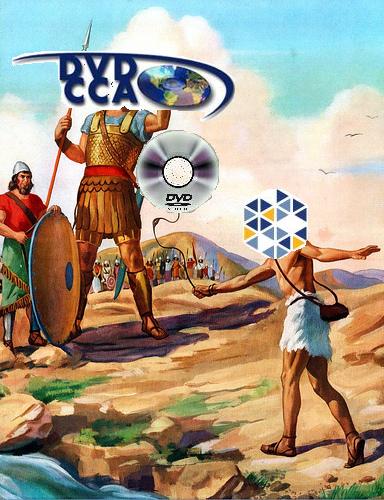 Judge Monahan’s tentative ruling affirms that the CSS licensing agreement does require a disc to be present in a DVD player for playback. And while the ruling handed down is a tentative judgment and subject to revision, as written Kaleidescape could be prohibited from selling its system unless it added some kind of disc authentication that would warehouse the physical disc and insure that it was present during playback; similar to Kaleidescape’s current Disc Vault solution for use with Blu-ray movies.

Unlike Star Jones, I am NOT a lawyer, so I’m not going to try and delve into or explain or untangle the arguments presented by both sides. But from what I can decipher, the complaint boils down to the fact that Kaleidescape feels they are complying with the licensing agreement they entered into with the DVD CCA while the DVD CCA feels that Kaleidescape is violating its terms by breaking the CSS (Content Scramble System) encryption present on all DVD discs in order to make a digital copy.

So as a Kaleidescape dealer, user, reviewer and unabashed fan, I thought I would weigh-in on this ruling.

Obviously, it sucks biggest for Kaleidescape. They’ve got the most blood in this fight and have the most to lose. They created a system that offers movie lovers an entirely new way to experience and enjoy their collections via an interface that is still head-and-shoulders above anything else out there. And as the company that pioneered – and still OWNS – the movie server category, doing for movies what iPod did for music, the essential core and essence of what they do is in transforming discs into more manageable data. And while the disc being in place wouldn’t kill their system, it would certainly stifle it.

It sucks for the custom installation industry as well. These companies are the principal Kaleidescape dealers that love integrating amazing products like Kaleidescape and who are able to use this kind of killer tech to provide solutions for demanding clients and differentiate themselves as a luxury supplier. Kaleidescape was also the solution for managing large audio and video libraries aboard yachts and private jets. The “disc in tray” requirement would kill these kinds of installs where weight and space restrictions are often unavoidable and non-negotiable.

It sucks for movie lovers and collectors who will have to continue managing their collections either in horrible stacks or by using some alphabetized, Excel spreadsheet system to remember what they have. Or who keep movies in a slow and bulky and “play one/imprison all” mega-changer. If you own more than 100 movies, I bet there are 90 or more in your collection that you haven’t watched for months/years because it’s too much bother to locate and load the disc. “If you're having disc finding problems, I feel bad for you son, I’ve got 99 problems but a playing a DVD ain't one.”—Every Kaleidescape Owner Ever

And it sucks for innovation; because who is going to continue putting time, effort and money investing into a technology or system that has been deemed illegal? Yeah, no one.

It’s also fairly stupid and pointless. At this point, DVDs are well on their way out. If DVDs were people, they would be well past the Golden Years of their life; wandering around a group home wearing ill-fitting robes, taking paper cups filled with pills and medicine, eating soft,  overly salted food and repeating themselves. “Remember that time I kicked DIVX in the ass! Ha! I was invincible! And why is it so cold in here?!”

Also, I think that they teach “cracking the CSS” in like the second week of kindergarten now. That “code” has been broken/hacked/cracked/disseminated-amongst-the-people for years now. I just Googled “Copy a DVD” and got 350 million results. The first one literally being a Wiki “How to” walk-thru. So, if you want to break the CSS and copy movies, go right ahead. It’s easy. (Here’s a blog I wrote on the conundrum of it. The conundrum being that while it is amazingly simple to do, it IS actually illegal to do it.) Then burn a copy for friends, put it on a hard drive for playback by any myriad of media streamers, or transcode it for an iPhone/Touch/Pad, whatever. Because it’s easy. And this lawsuit is not going to do a single thing to stop that.

Now I can totally empathize with what the CSS is meant to do. Part of the General Specification states that CSS is “intended to prevent casual users from unauthorized copying of copyrighted materials recorded in [DVDs].” So, yeah, cool. I’m down with that. But I think at its heart It was trying to prevent the guy from cranking out mass copies of movies and then selling them on the corner or over the Internet or just giving them out to friends as gifts. “Here, I made you a copy of The Tree of Life. Enjoy, sucker!” (That joke is funnier if you realize how painfully boring and obscure The Tree of Life is.) But people that are purchasing Kaleidescape systems – systems which routinely sell for $20-30,000 – are not “casual users.” These people are not spending that kind of money to set up a Netflix rent-rip-return outfit in their living room.

And far from harming the movie industry, people that purchase Kaleidescape systems are often some of the most voracious film collectors – and purchasers – out there. Whether this is because movie lovers migrate to Kaleidescape because it’s the best solution or because Kaleidescape owners discover how easy it is to manage and enjoy a collection of movies and continue adding to their experience is a chicken-and-egg question. But according to Kaleidescape, the average Kaleidesecape customer has 387 movies and 154 albums in their library. However many have collections well into the thousands of titles.

Click here to finish reading this post at Residential Systems along with Kaleidescape's founder and CEO, Michael Malcolm's, letter to his entire dealer base explaining the companies feelings and next moves.

Reply M. Wright
11:56 PM on February 3, 2012
Seriously how many times does Kaleidescape have to go to bat? It's not like they have the only magic key to copying DVDs in the world... and it's a product targeted at very high end users who have cash to burn so buying legitimate DVDs is next to nothing for the users. They're not pirating anything.
On a technical note: I thought Kaleidescape was CSS compliant because they kept the CSS intact. Due to the fact that their products do a complete raw image of the disc, thus no copy protection is broken.