A friend forwarded an e-mail to me earlier today that was just too full of awesome not to share.

An email which caused audio/video journalist extraordinaire, Brent Butterworth, to say, “I've seen a lot of really bad unsolicited articles in my time, but this rises to a new level of bad.”

Here was the sender’s pitch:

“I know you’re a busy person, so I’ll keep this brief.

I have an article that I wanted to run by you and see if you’d be interested in accepting it as a guest post.

It’s "high end audio " I think it would work perfect for your blog. Attached is the article.

Hope all is well, and hope to hear from you soon.”

Ironically, the post has almost nothing to do with “high end audio” but, good news! It IS perfect as a Guest Post for my blog!

Please to enjoy! (Original text in bold, my comments in non bold italic. Also, this was the graphic included in the post.) 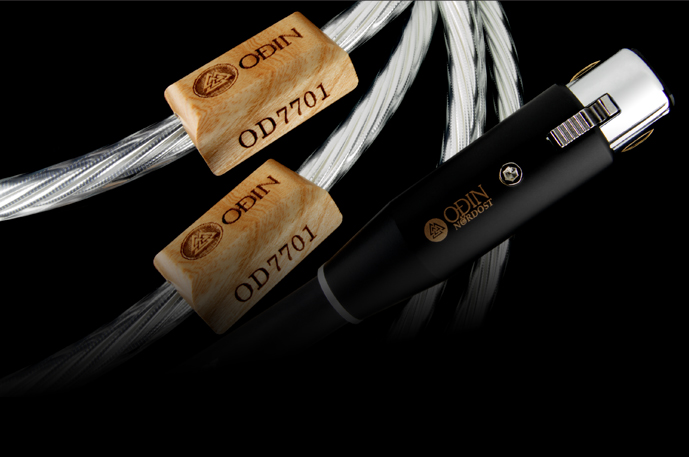 (Setting the stage for this story is this image, which is the Nordost Odin Supreme Reference Interconnect. According to Nordost, this “uses eight of our revolutionary Total Signal Control (TSC) tubes - each carrying a 23 AWG Dual Mono-Filament conductor with 85 microns of extruded silver over 99.99999% oxygen free copper. The eight conductors are precisely wound in a spiral pattern around a central spacer, which contains two extruded silver over OFC drain wires to create a cable of unprecedented consistency and geometrical precision, perfect shielding yet manageable flexibility.” They also sell for the smooth price of $15,999 per meter pair of interconnects and $28,999 for an eight-foot pair or speaker wires. Please don't anyone tell Mr. Cooper about them...)

Facts of Analog and Digital Interconnections

First, “What gadgets need” sounds like a statement, not a question. Like “[This is] What gadgets need!” or maybe it was supposed to be “What do gadgets need?” Something. Second, “gadget” is a terrible term to use here. Especially after opening with an image of a $16,000 pair of interconnect cables. In fact, a gadget is defined as “ a small tool such as a machine that has a particular function, but is often thought of as a novelty. Gadgets are sometimes referred to as gizmos.” Gadgets almost never need interconnect cables. A better title would have been “What audio/video components need”.

Our world of entertainment depends on electrical gadgets, whereas they depend on interconnectivity cables to fulfil their purpose. Technology is improved a lot to serve us the best. But we have our credentials-- Sometimes we go by our budgets and sometimes by features the industry offer.

Umm… My “world of entertainment” often focuses around my iPhone and iPad and it doesn’t depend on a damn thing (exceptin’ the Interweb) to fulfil its purpose. Especially not some interconnectivity. Also, “technology is improved a lot to serve us the best”?  This reminds me of (the totally awesome!) dialog from the Simpson’s Mr. Sparkle ad. “I'm disrespectful to dirt! Can you see I am serious! Get out of my way, all of you! This is no place for loafers. Join me or die. Can you do any less? For lucky best wash, use Mr. Sparkle!” I’m also not sure what having credentials has to do with anything.

In transmitting signals we need the interconnection, two different formats available in the market. One is Analog and other one is known as Digital, as the name implies, the later tells that it’s new’’ and must be with many added features.

Well, duh. It’s digital so it MUST be new and with many added features. Duh. I'm also assuming that wireless is a transmission method, but I don't want to get bogged down in semantics.

Digital mode is the better form of Analog, as it first receives the signal and then converts it to the pulses of 01 and 02.

That POP! you heard was the sound of a million vinyl lovers out there all having a simultaneous collective analog-superiority-complex aneurysm. Finally it has been put to bed for once and all. Digital mode IS the better form of Analog. Suck it, suckers! Also I finally realize why all of the audio systems I’ve ever owned have all sounded like total rubbish. My digital signals have been converting incorrectly to 0s and 1s all this time! If only I’d used the 01 and 02 pulses my system would have the many added features!

The role of cables

Cables merely do the function of transmitting the received signals as audio and video. They are limited in this function as they do not improve it in any way. They just receive and send it to our appliances or devices. They have role of intermediating the signals from one place to another.

Most of this – while worded with all of the elegance of someone carving a turkey with a chainsaw blindfolded – is accurate. I *think* what the writer intended to say is that cables can’t do anything to improve a signal, they can only degrade it or color it in some way, and that at its very best, a cable should be totally transparent in its role.

Which one you prefer?

As two different forms of transmission available, we need to see their merits and demerits. We human always go for the best.

Though both serve the same purpose, they work in a different way. Their form and price vary. In a few decades back, the analogy method is first introduced by a television industry.

I think this is setting up the comparison between analog and digital. I mean, if I had to guess. But, Lord help me, I have no earthly idea what the “analogy method” is or how it was “first introduced by a television industry.” Also, “We humans always go for the best” for the win! Except, best is generally up for debate, and often ruled by other factors like cost. When it comes to audio/video, I can assure you that my dad NEVER goes for the best.

It travels on coaxial cables, hence it’s also known as Coaxial Format. This is how it brings the pictures and audio to electrical gadgets like TV, internet, and set -up boxes, DVD, etc.

There is some half-truths and partial truths and maybe-sorta-kindas in here it’s hard to say what exactly is right and wrong. If by “Coaxial Format” the writer means a type of cable that has an inner conductor surrounded by a tubular insulating layer, then, yeah, sure. Generally though when you say “a coax cable” you would be referring to the RG6 wiring used for cable TV. Usually Internet signals are carried on Category rated (typically Cat5) cable which is NOT coaxial. Also, digital signals can most definitely travel on a coaxial cable. So, yeah. That part.

In getting the signals, a number of factors like climate, and other agents of nature may alter its quality, it does not rectify the errors by itself and the production is unfiltered.  Sometimes the errors may arrive from the quality issues, as the product’s quality may differ from one company to another.  The result is uneven quality in video and audio.

Ummm. Yeah. Agents of nature, non-rectified errors and unfiltered production… That’s the ticket. I fear that these are the phrases that my reviews have been languishing for all of these years. I've clearly let you all down in my lack of quality narrative. I apologize and will try and does most awesome better going forward.

What digital format best to offer?

On the other hand, Digital signals travel through fibre wires, as fibre lines are thinner than copper wires; it works fast with TV or internet, its signals travels at marvellous speed through the digitalization, in the end the buyer gets the high definition.  It gives also full security from unwanted sources thorough developing some unique technical codes.

If you were to ask 100 people “What digital format best to offer?” I’m guessing you would get 99, “Huh? What did you say? Did you just have a mini-stroke?” answers in reply. Then I doubt that 1 last guy would say the best thing about digital is that the signals travel through fibre wires. Also, digital signals CAN travel through fiber wiring, but they can also travel along just fine through copper as well. Or through time and space say via over-the-air or satellite. I think the last bit is talking about encryption and copy protection. But, in the end, the buyer gets the high definition and isn’t that really all that matters?

It is channelized as 0”s and 1’’s.  Repeaters” used for bringing the perfect audio in quality.  High definition means clarity, which enhances the picture quality further, which in turn sustains interest of the buyer for watching and engaging himself in. It’s all with the technology of Data Compression. It’s full of interpersonal features, with a variety of services.

There, now you know how digital interconnection work! Aren’t you happy you asked! And you probably never knew that Data Compression is full of interpersonal features! Ain’t Digital Interconnection grand?! (Also, doesn’t the phrase “engaging himself in” sound umm, how can I say this delicately, uh, masturbatory…?)

High Quality cable is needed to safeguard your gadgets, to optimize maximum benefits. TV companies will decide on the technical specifications is a standard for required for gadgets

The most important feature any High Quality cable can boast is compatibility with the most recent version of any gadget.

Sadly, this is where our post just ends. Reading over! Now you are educated! You go buy most high quality cable!

Ever get an awesome PR post that needs to be skewered? Send it to Sciacca for the world to enjoy!

I will readily and honestly admit, this is your first blog post that I was physically unable to read in it's entirety.... I simply skipped to your comments for the juicy stuff....