A recent post by my brother-blogger-in-arms, Andrew Robinson, caught my eye and I felt compelled to respond. His post was “Commercial Cinema May Be Doomed But Home Theater Is Far From Safe.”

Further you have a reluctance of film studios to break away from the theater exhibition model. Pete Kafka at All Things D recently interviewed of Michael Lynton, CEO of Sony Corporation of America and Sony Entertainment, and asked, “You are not going to fulfill my desire to let me see Zero Dark Thirty at my house for a bunch of money when it’s still in the theaters?”

Lynton responded, “No. No. No. No. Never is a long time but I can’t imagine doing it. I really can’t imagine doing it. Plus a movie, the way I see a movie, is only a movie if its sees its first form in a movie theater. But I think for everybody’s sake, I mean, what we believe at our place, is that you really want to make sure that the theatrical window stays solid. That’s the anchor.”

What I really took exception with was Andrews comment “the concept of a home theater is far from perfect. In truth, it’s just as flawed and in some ways as doomed as the commercial-cinema experience.” 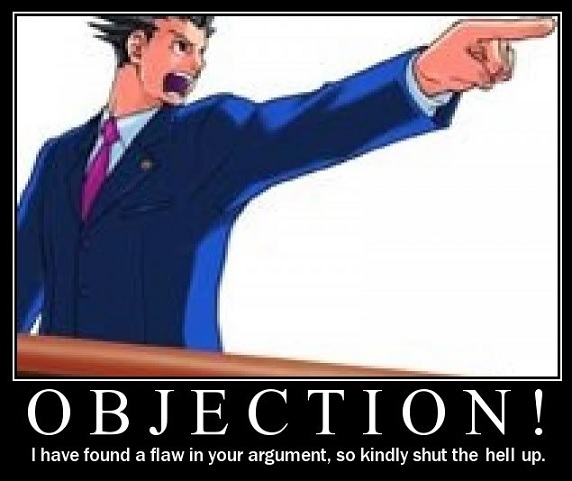 With all respect – and have you ever noticed, that any statement that starts out that way is not usually going to end all that respectfully? – I don’t think Andrew could be any further from the mark. In fact, quite the opposite; home theater today is as “perfect” as it has ever been. The technology works, is widely available and is affordable and to the point that nearly everyone can enjoy an amazing experience at home to some extent.

Let me give you a little background to my “expert opinion” on this matter. First, I come at this “business” from a different angle than most. Like many of you, it all started for me with a love of movies. I saw Speed on laser disc on a very modest surround system and I was hooked. I had to own a system of my own. This ultimately led me to quit my day job – I was a golf professional in my previous life – and start a new career in custom installation. For the past 15 years I have worked daily in designing, selling, and installing home theater and audio/video systems residentially. So, when I’m not writing about it, reviewing it, or using it in my own home, I’m out selling and installing it. There aren’t too many aspects of “home theater” that I’m not intimately familiar with.

Admittedly, the term “home theater” has become muddied to the point of no longer having any real definition in the public consciousness. People use the term to describe any manner of movie-watching experience at home from a 40-inch LCD connected to a soundbar to a multi-million dollar space designed by Theo himself to all manner of experiences in between. When someone comes into my showroom and says they want a “home theater” I always make them step back and then explain what that term means to them. (They also frequently use the phrase, “I’m not looking for top-of-the-line or anything,” very rarely understanding that “top-of-the-line” is an equally vague concept, but one that would likely cost many times more than most people’s homes. But, I digress...)

Click here to continue reading at Theo's Roundtable and see why I think home theater's future is not only NOT doomed, but looking pretty damn rosey...

Reply Brad Smith
4:22 PM on March 25, 2013
I agree with John and take it further. Commercial theaters aren't going anywhere and they're being forced to improve (and yes they will be able to charge more) and home theaters will ebb and flow but continue to be found in homes because, whether they are Man Caves, dedicated theaters, family rooms or part of a large rec room, they provide a wonderful full-immersion experience.

Reply Avery Audio
5:59 PM on March 25, 2013
Even though we sell and install custom home theatre systems, I hope commercial theatres don't disappear. They are totally different environments, catering to specific tastes. For example, the Highlands Cinemas in Kinmount, Ontario is a classic theatre showing first-run movies and has drawn customers from the surrounding area for more than two decades. It showcases a 4,000 sq. ft museum detailing the last 100 years of the development of the Motion Picture Projector, and everyday items, from clothing, to toys etc. Most of the displays feature original historic items. Going to a theatre like this is an event that brings back memories, brings tourists to the area and makes me want to update my own home theatre. Unfortunately updating to the new digital equipment can be cost prohibitive for some smaller cinema owners. I highly recommend visiting a classic theatre before they're gone forever. Check out Highlands Cinemas: http://www.highlandscinemas.com
Unless you invite people off the street into your home theatre, custom home theatres remain a more personal environment. Capable of amazing sound and picture quality for less than most think, a custom home theatre can be one of the best investments in home entertainment you can make. Inexpensive entertainment for friends and family alike. Visit your local home audio/video dealer for a demonstration of what's available for your budget.