I’ll admit that watching reality TV is one of my vices. (Though, after coming clean about listening to Taylor Swift, I feel like I’ve pretty much thrown the medicine cabinet door wide open and invited you all to have a good long look.)

My particular brand of reality fetish has nothing to do with singing or dancing, morbid obesity, rednecks or trailer parks, dating shows or contest where genital obliteration is a very real/hoped for possibility. No. The shows that I am drawn to are on-going contests where “normal” people are thrown into abnormal conditions and then forced to deal with one another.

After watching the premier of a new show last week, I realized that there were actually a lot of really practical management lessons that could be learned from watching these shows. Many of them dealing with interpersonal skills that many of us employ every day without even realizing it.

(This idea might also have been partially Incepted from this very entertaining blog post at CEDIA’s site, “Lessons from Mad Men: How to Keep the ‘Peggy Olsons’ on Your Team” by Erin Couch.)

In this series contestants compete in various business themed challenges trying to avoid the weekly, “You’re fired!” from Donald Trump. There is always one player selected as Project Manager that oversees each project and ultimately gets the credit for success or highest risk of being fired for failure. 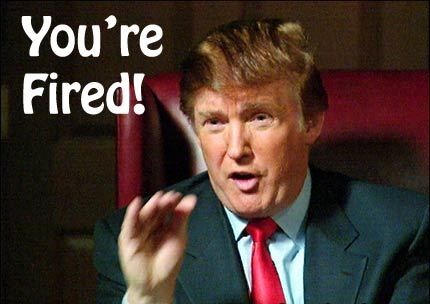 However you feel about Trump, he is successful from a business standpoint. He’s also very astute on centering in on the specific area of weakness about a given task or player. But beyond The Donald’s commentary – which lately just seems to be a steady self-aggrandizing “I am the greatest” patter – watching The Apprentice shows how to delegate the talents of different team members, allowing each one to use their abilities to maximize the success of the project. No matter how good you are, you can’t be everywhere at once, and you are going to have to rely on a solid team to help you succeed.

Continue reading lessons learned from Does Someone Have to Go, Hell's Kitchen and more here....