The Masters: In HD with 3D Special Sauce

When I first heard about this year's Masters golf tournament being broadcast in 3D I was skeptical. OK, I was ugly. I *suggested* that Augusta was jumping the shark. This is the most hallowed events in all of golf, and it does not need a gimmick to make it any more anything. (Actually, it already has a rather large "gimmick" in the form of Tiger fresh back from sex-hab and making an unbelievable run at his 5th Green jacket!)

Then the tournament started, and I stumbled across the fact (literally, stumbled. My wife was looking for something else on CBS On Demand and I happened to glance up as "Masters in 3D" went whizzing by the screen) that my Time Warner provider was replaying several hours of the tournament in 3D. Time Warner is doing such a piss-poor job of promoting this coverage that  a friend of mine who works for Time Warner wasn't even aware of it and if there has been any mention of it anywhere, it has completely passed everyone I know by.

So, if you happen to be one of the 10 people that own a 3D TV -- or you're one of the millions who are curious about it -- this is how Time Warner is presenting their 3D coverage of The Masters.

Turn to channel 865 and you'll see the options for "HD Showcase On Demand." Scroll through the list until you find "The Masters 3D." Now my provider isn't offering any life coverage, but there are several hours of previous day's events. 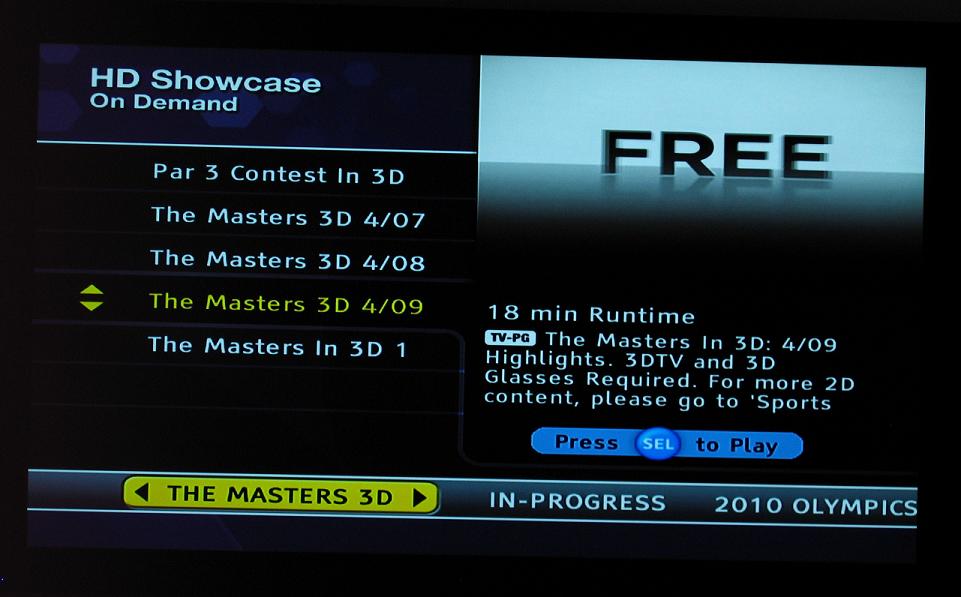 Selecting the program brings up this list with a description and the option to start playing. In case your missed my 3D TV for Dummies post, it reminds you that a 3D TV and 3D glasses are required. 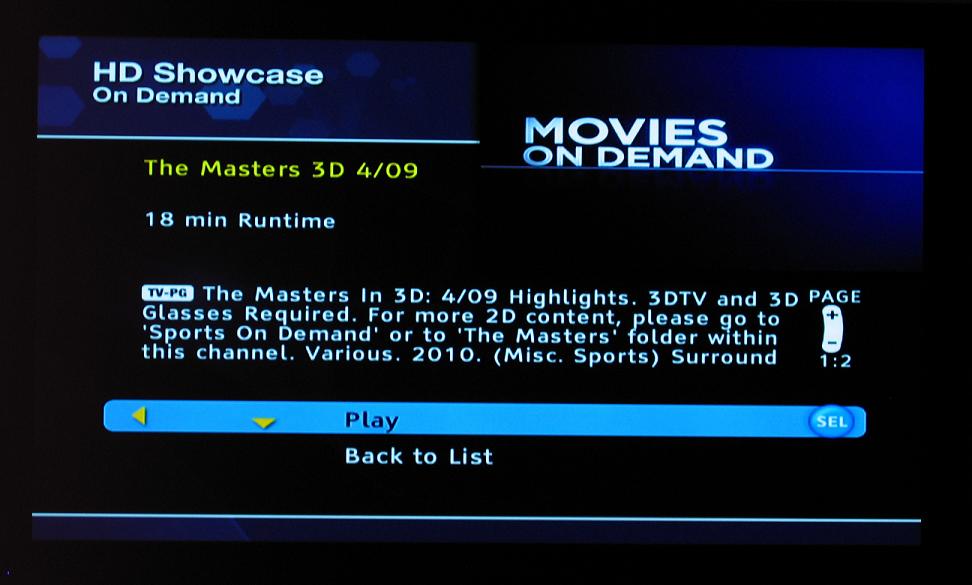 Once you select "Play" this screen pops up, giving you 30 seconds of preparation time. Force your TV into 3D, grab a Mint Julep, revel in the fact that you are one of about .00001% of the population being able to enjoy this, and put on your glasses. 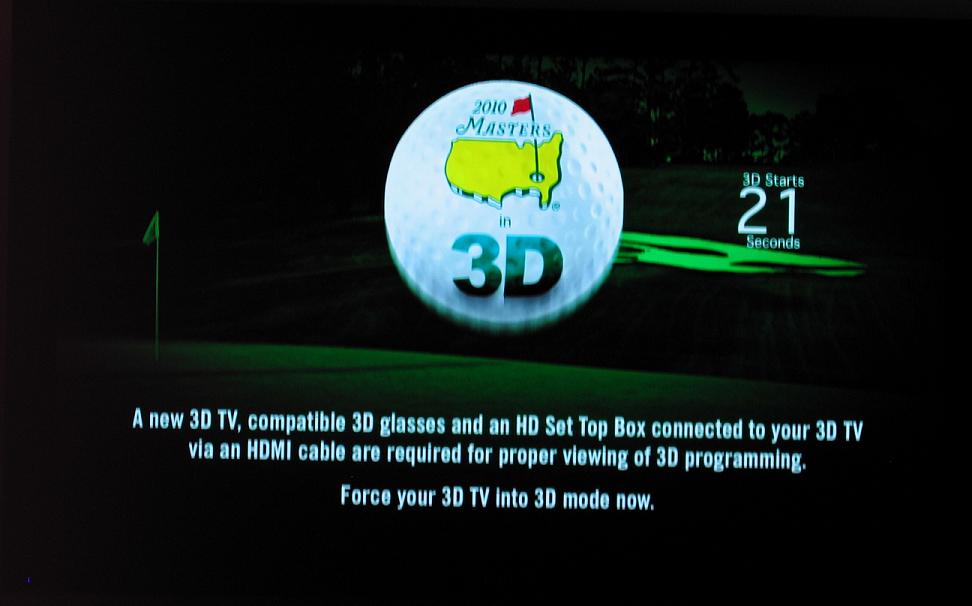 After the wait is over, you are awarded with this screen...That is if you DON'T have a 3D TV. At this point, you feel experience a three emotion arc. First, a great sadness fills your heart that 3D is becoming a real thing and that your once-best-in-class Pioneer Elite Plamsa is no longer at the top of its game. This feeling is quickly followed by anger where you want to give your TV a deep, black and penetrating Kuro sack-punch. Finally this is replaced by reserved acceptance as you realize that you're enjoying more resolution in your regular 2D HD broadcast. 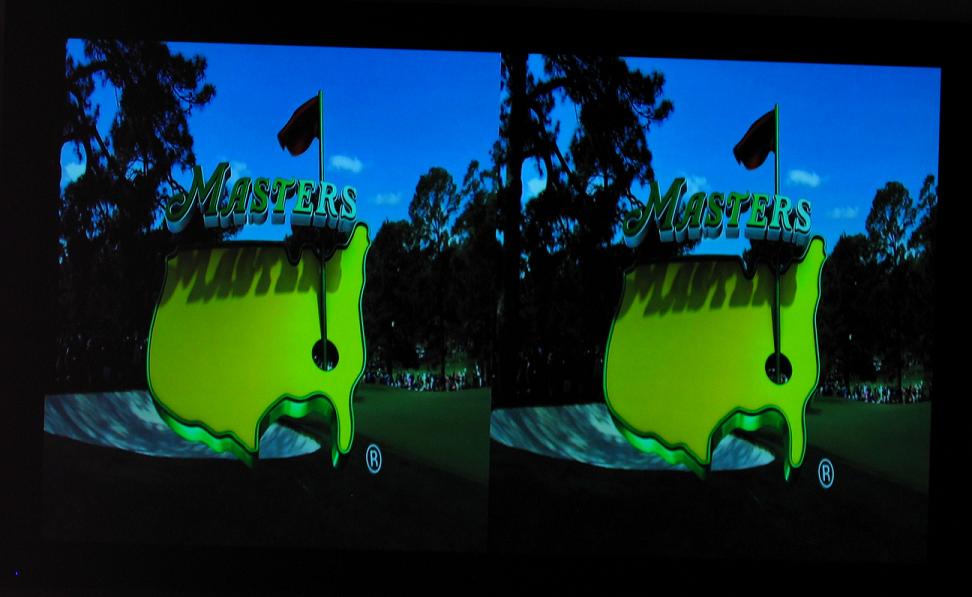 Quite cool is that the ability to enjoy 3D on my cable box didn't require any upgrading on my part. If there was a firmware update, it happened in the background without me ever being burdened by it. It appears that if your current box has an HDMI output and is capable of outputting HD video, it’s likely that you're ready to enjoy 3D (once you get a new TV and glasses, of course). You'll notice that the cable system is using the less bandwidth intensive side-by-side broadcast method. This is somewhat similar to your cable and satellite offering HD in 1080i (interlace, or showing ½ the image every 1/60 of a second) while Blu-ray delivers 1080p (progressive, delivering the entire image at once). You'll notice that there are two half-sized images, meaning that the horizontal resolution of each video frame is chopped to 960 (1/2 of the 1920 in 1920 x 1080i) to allow both the left and right eye images to be broadcast simultaneously. This side-by-side 3D signal can arrive down the existing cable and satellite delivery pipeline and be handled by existing equipment. 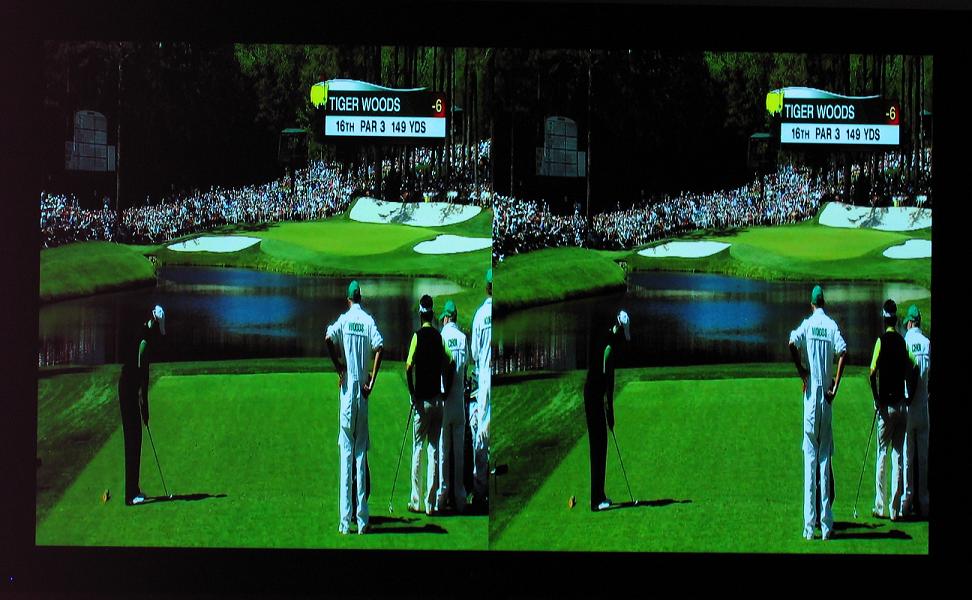 Reply Dave
2:29 PM on April 12, 2010
Your use of "stumbled" was metaphorical, not literal. I'm afraid misuse of the word "literally" is one of my pet peeves. I enjoy your articles in Sound and Vision.

Dave says...
Your use of "stumbled" was metaphorical, not literal. I'm afraid misuse of the word "literally" is one of my pet peeves. I enjoy your articles in Sound and Vision.


I could have meant that I was SO shocked to see it, I "literally" stumbled walking over to the couch.... I *could* have meant that, but I didn't. Good call. Hope you'll forgive the grammo and keep reading. Cheers!