What Integrators Need to Know About Dolby Atmos

With many customers migrating away from traditional multi-channel – 5.1, 7.1, 9.1 and even the full-magilla 11.1 – speaker offerings in favor of an all-in-one integrated soundbar, you might think that home theater surround formats peaked with DTS’ Neo:X which supports 11 simultaneous channels (the traditional 5-channel mix augmented with surround back, front height and front width). However, as with any technology that gets its start in the commercial cinema – surround sound, anamorphic projection, 3D, D-Box - it wasn’t really a stretch to imagine that Dolby’s new cinema audio format, Atmos, would eventually find its way into the living room. And by the end of the year, that’s exactly what will happen.

Last week several manufacturers – Onkyo, Integra, Denon, Marantz, Pioneer, Yamaha, Definitive Technology – announced plans to bring Dolby Atmos home in a variety of ways. As an integrator, here’s what you need to know in order to be ready for this next frontier in home theater surround. 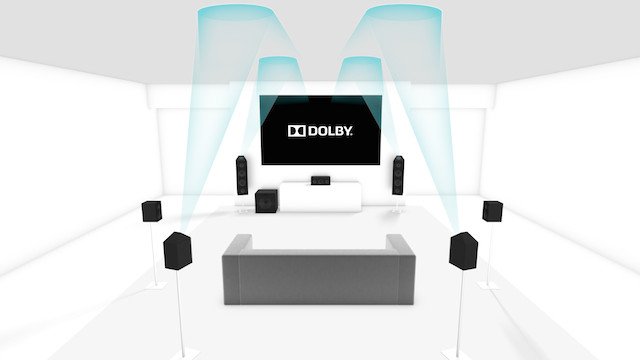 Dolby introduced Atmos to the world in 2012 with Pixar’s Brave , and so far roughly 70 films have been made using this new audio technology. If you or your clients haven’t heard about Atmos, don’t feel too out of the loop; only about 130 theaters in the continental US equipped for Atmos playback. Atmos is based not on traditional speaker channels but on “audio objects” which Dolby’s Director of Sound Research, Brett Crockett, describes as, “Any sound heard in a movie scene—a child yelling, a helicopter taking off, a car horn blaring. Filmmakers using Dolby Atmos can decide exactly where those sounds should originate and precisely where they move as the scene develops. The Dolby Atmos system, whether in the cinema or a home theater, has the intelligence to determine what speakers to use to precisely recreate movement in the way the filmmakers intend.” Atmos supports up to 128 discrete audio tracks and up to 64 unique speaker feeds. 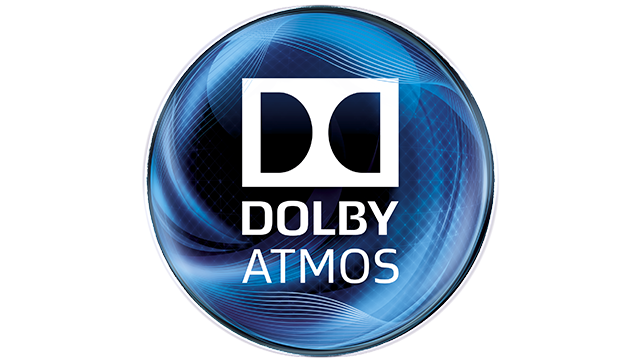 Remember when you tried to explain to a customer that they needed five speakers for surround sound a few years ago? And they were all, “That sounds like a lot of speakers. I don’t think I need that many.” And then you increased your sales pitch to incorporate 7-channels. And then 9. Well, get ready to have that conversation all over again. Atmos is going to let you or your customer add speakers to your heart’s content. In fact, Atmos at home will support as many as 34 speakers with 24 on the floor and 10 overhead!

Crockett explains, “Atmos is also far more flexible and adaptable than channel-based home theater. In a channel-based system with channel-based content, the number of speakers is fixed—a 7.1 system always consists of seven speakers and one subwoofer. With Dolby Atmos, in contrast, you have amazing flexibility: you can get the full experience with just seven speakers or get an even richer, more detailed sound by adding more speakers. As you add speakers, a Dolby Atmos enabled receiver will automatically determine how to use them to create fantastic, immersive audio.”

Atmos will bring a new nomenclature to how we describe a surround speaker configuration, adding a new dot subcategory to indicate how many in-ceiling Atmos height speakers are in the system. Manufacturers will be able to determine the configurations that a receiver/processor can support, and each Atmos speaker will count as a channel. For example, an 11-channel receiver would likely be capable of handling these designs:

7.1.4 – A traditional 5-channel layout with additional surround back channel and 4 in-ceiling height speakers

9.1.2 – A traditional 5-channel layout with a combination of either surround back, front width or front height and 2 in-ceiling height speakers

Do I Need In-Ceiling Speakers?

Yes. And no... Click here to continue reading and find out what else you need to know about Dolby Atmos for the home!