Tonight during church Lauryn broke out her notebook and started storyboarding for her next project. (You can find her previous, Picasso inspired masterpiece here...) After several failed attempts, she finally latched onto an idea and quickly sketched out the major character for her upcoming feature length film debut, Mask 2: The Face is Back.

Details on the plot are still developing but what we do know so far is that the lead role will be played by a strong-willed, beautfiul-on-the-inside, presumably female character named BEL-LA. Lauryn also placed her stamp of directorial approval on the drawing, approving the final look prior to production.

Cher was unavailable for comment as to whether she will be reprising her role as "Florence 'Rusty' Dennis." 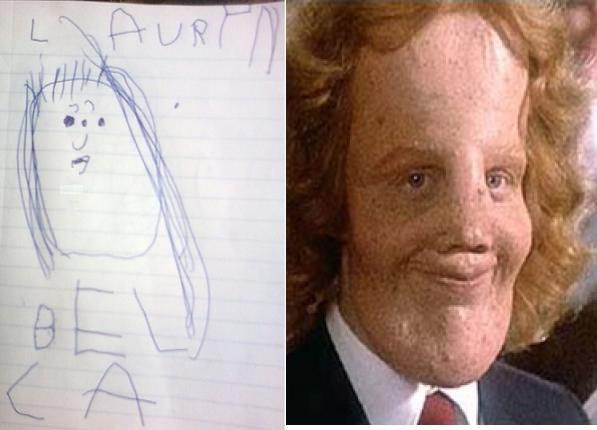 Better tell me later- in private.