It was one year ago today...

What a difference a year makes! At this time last year – literally at THIS exact time – I was down in St. John, the US Virgin Islands, completing an installation. A customer of ours decided to do a fairly major build on their property down there, and since they were containering in ALL of their new furniture, they decided to buy ALL of their A/V gear – TVs, speakers, Blu-rays, surround gear, remotes, etc. – from me to have shipped down. And then because I told them I would just charge our regular labor rates if they would fly us down and put us up, they saw no reason to not have us do the install work for them. (And really, why not? We were a known, trusted entity guaranteed to be able to pull the job off in a professional manner. Using local, island help was a mystery proposition. Especially mysterious since she had to literally drive over and pick up her cabinet maker at his house every time that she wanted to guarantee that any work would be completed that day.)

So, while we were there, I worked up this blog post that was put over at EDG. Called “Save the power, save the world and some cash” it was a way that some automation could help to totally offset their expensive – like CRAZY expensive $7,000 per MONTH! – electricity costs.

Unexpectedly cool was that her son, Forrest, was a certified dive master that worked for a company that did SCUBA excursions. Since we finished early – on time, every time, that’s the CTA way! – we had a free Saturday and the homeowner arranged for me to go out for a dive. I have *always* wanted to try diving, so this sounded like an amazing opportunity. Plus a one-on-one dive with a certified master who promised to show me some great stuff. And not let me do anything crazy like, say, die.

I do free diving whenever I’m around the water with a mask and snorkel. On the yearly trips to Destin, Florida I usually manage to come back with an assorted manner of found sunglasses, earrings, bracelets, golf balls, etc. (Oh, to complete the dream of finding a watch! Even a cheap junker!) I can hold my breath for close to two-and-a-half minutes, and other than the random, unexpected encounter with killer remora, I’m all around pretty comfortable in the big blue.

So when we get out to the first dive spot, we gear up, jump in the water and then I get my complete dive instruction tutorial which includes these two bits of instruction:

Apparently Forrest took some real liberties with actual Dive Instruction 101, what with zero pool time and having my first dive be an 80-footer, but I’m just taking that as testament to my awesomeness. Anyhow, it was a blast. And once you’ve gone diving, it gets in your blood. Much like nitrogen. Which literally gets in your blood. But to me it was actually *less* stressful doing SCUBA than free dive because you aren’t constantly thinking that at some point you’re going to need to go up for air. Water in St. John was amazingly clear and we saw a ton of fish.

And now I have these pictures of me which, I must say, I love. L-O-V-E, love. I never really care too much for myself in pictures – that is unless I’m wearing a $6,000 Brioni tuxedo and positioned in or around a $300,000 Aston Martin, but then, really, someone with a weeping face wound would look good there – but I think I look so cool and awesome here. So frikcin’ Navy SEAL/James Bond coming out of the water. Granted it is pretty tough to look anything BUT cool decked out in wetsuit, mask and tank, but, Damn! I AM this guy and I STILL envy him! He's so brimming with confidence. His blogs would just ooze action and adventure and phrases like, "just returned from another missino that I can only tell you this: success!" and "you really find out what kind of a man you are when you're walking up to someone twice your size and you've already decided that you're going to kiss his woman full on the mouth by way of introduction." Did he just plant an explosive device on the screws of an enemy vessel? Did he just return from retrieving a stolen nuclear device from the underwater Disco Volante? Did he just come back from an all-night recon, lying in the breaking surf, watching and recording enemy movements, befriending, loving and stealing secrets from a beautiful exotic foreign national? I can’t say. But I want to know! 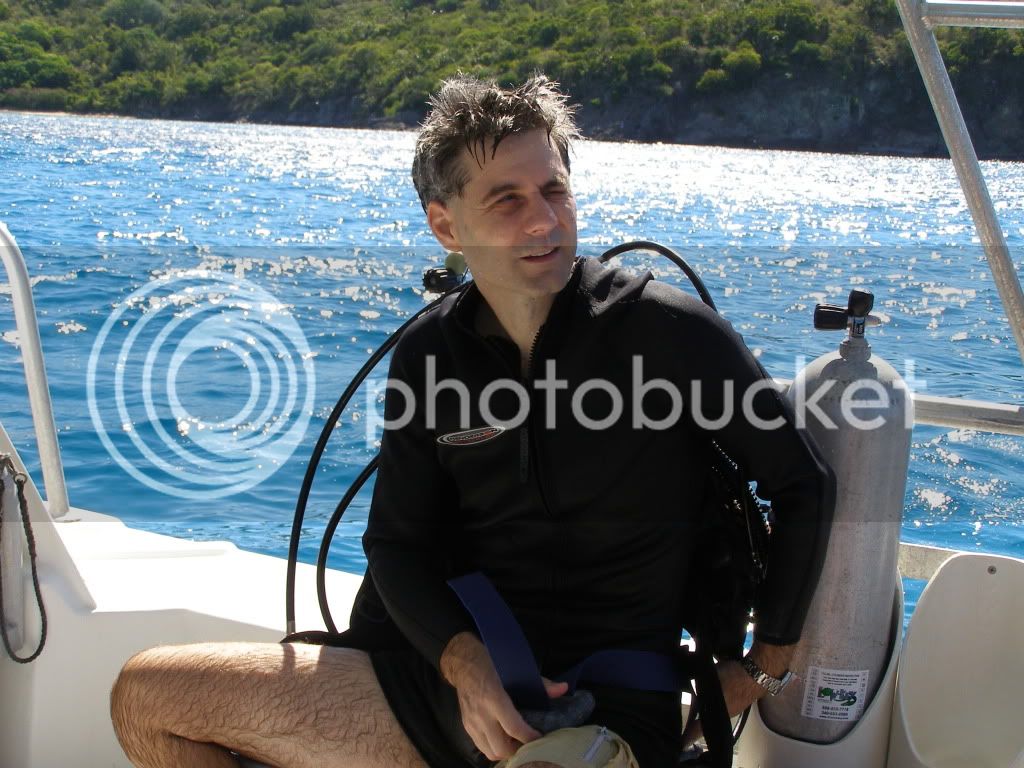 And look at this guy. The squinty eye stare saying, “Oh, the secrets I’ve seen and the sights I’ve beheld…” This guy would stroll into a bar and always know the perfect things to say and the perfect drink to order for every perfect person. He would order an overly complicated drink with regionally obscure liquors that would leave the bartender stunned into an impressed silence that could only be answered with a simple, “Oui, monsieur!” even when one wasn’t within a thousand miles of a French speaking area. He would then take that drink and stroll over to slide into the booth next to the World’s Most Interesting Man and discuss the world’s most interesting things. They would go diving together, where they would make love to sharks and fight with mermaids and ride the backs of submarines. While it only takes one man to talk to a woman, my friend, the WMIM would want THIS guy tagging along as the perfect wingman. That’s who THIS guy is. And that's who I was. A year ago. Today.

I definitely want to scuba dive now, you have opened my eyes Mr. John Sciacca...