I’ve told you about my Definitive Technology rep, Woody, before. He generally comes into town a couple of times a year, brings the latest Def Tech product and then we go out to dinner. Now since Murrells Inlet, where Custom Theater and Audio is located, is an actual inlet, meaning that we’re on the water that is on the ocean, we have no shortage of local restaurants that specialize in fresh seafood. And fresh seafood means sushi. And at some point – OK, I think it was pretty much the very first point – Woody and I started going to eat at a sushi place. Which then became the traditional eating meet-up place for when Woody comes to town.

And sushi generally means sake. And if you’ll recall, at one of our first dinners, Woody took me to a local sushi place and then proceeded to order the gayest, most lady-boy drink on the menu. To be fair, the drink itself might not have totally screamed “I’m a giant bottle of even gayer Zima!” all on its own. The slender, contoured, metal-ey smooth body/canister more huskily whispers “Buy you a drink, sailor?” and then rubs a strange crotch bulge into your back. Also, with a name like “Zipang” it isn't exactly screaming, “I sweat all week in a steel mill and when I come home I want four things: a shower, a case a beer, a big steak and my woman. And not necessarily in that order.”

No, alone the Zipang might have been fine. What really pushed it over into fully embracing the love that dare not speak its name was that the waitress served it to us in chilled champagne flutes. His and his. “I reave you two gentermen arone now…?” So, just two dudes, hanging out together, drinking sparkling cham-sake out of delicate champagne flutes. About the most natural and butchest thing two guys can possibly do. All we needed was for one of us to say, “Hey...I think there’s something at the bottom of your glass. Why don’t you try it on and make me the happiest man on the planet by saying YES!”

But instead of that, what actually happened was that Woody got up suddenly and left. And left me alone for like 10 minutes. Turns out he had some weird, anaphylactic shock type thing happen where he basically felt all tingly and stabby and thought he might stop breathing or have an out of body experience or die or something. He assures me it was totally unrelated to any sparkling sake sharing with Sciacca, but I DO bring out feelings in people they often can’t process by normal means.

So, rewind to last night. Woody comes by and he’s got the latest Def Tech product, the new Super Cube 2000 subwoofer. This is the new-and-improved replacement version of the Super Cube 3. Better, stronger, faster, more powerful, $100 cheaper, full of bionics and with a promise of a WAY less prone to breakey amp design. (Now I’m not saying that EVERY Super Cube 3 sub we installed had an amp that broke at some point, but what I AM saying is that when you call Definitive and say, “I think I have a broken Super Cube thr…” Chet just says, “Why don’t I just send you two brand new amplifier boards?!") We played some demo clips (Oh, Dire Straits “Brothers in Arms,” how many speakers have you sold over the years? And, I must say, still sounding great! And with the artist images that cycle on the Kaleidescape...has anyone else noticed that Will Ferrell is a dead ringer for the Dire Straits lead singer? Seriously, if they ever make a Dire Straits comedic life story, Will is gonna be totally rockin’ that part! It's already my most hoped for movie of 2012! The guy all the way on the left could be that pastey guy from the chick Vampire movie. You know the one I'm talking about.) and I was sold. 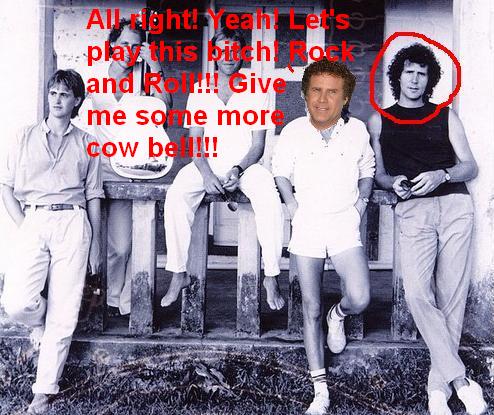 Though, admittedly, it wasn’t too difficult a sale. We did quite well with the Cube 3 – it is one of the smallest subs that we offer, making it the most décor friendly and popular with the ladies and still managed to be rockin' them beats – so since this has better performance, costs less and still tastes great and is less filling to boot, we’re on board. And paired with the Pro Monitor 1000 bookshelf speakers, make a very potent, sub $1000 speaker package.

So, as we’re wrapping up and getting ready to head out for our date, damn! I mean dinner, DINNER, Woody says that he got something for me to commemorate our first sake dinner and he pulls out this: 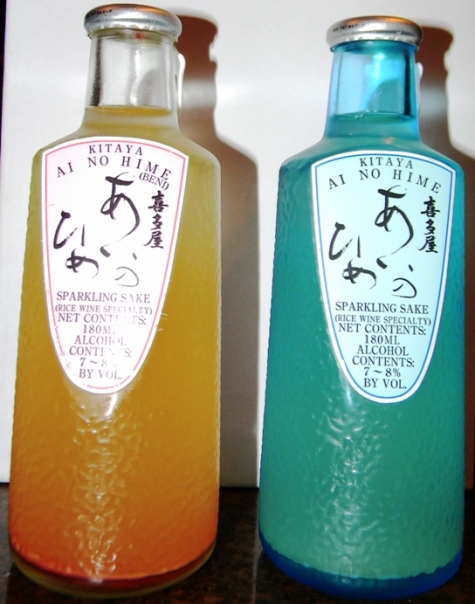 Two bottles of oh-so-pretty, lady-boy thirst quenching sparkling sake! One in hypnotiq “Your eyes are like the waters of some tropical paradise!” green-blue, and the other in “Stare with me off into the golden sunsets…and dream!” orangey-red. They’re so pretty, they look like they should hold a genie or some kind of rare perfume like genuine nard and ambergris. These bottles say, you don’t need to join Darryl Wilkinson and his latest obsession of chasing la fée verte (the green Absinthe fairy), you can sparkle your way to 7-8% alcohol sake town! Now grab your glitter and chilled glass and let's have some fun! Then, flipping the bottle around, the label offers even more princessey love and good-time-fun sake drink, yeah! 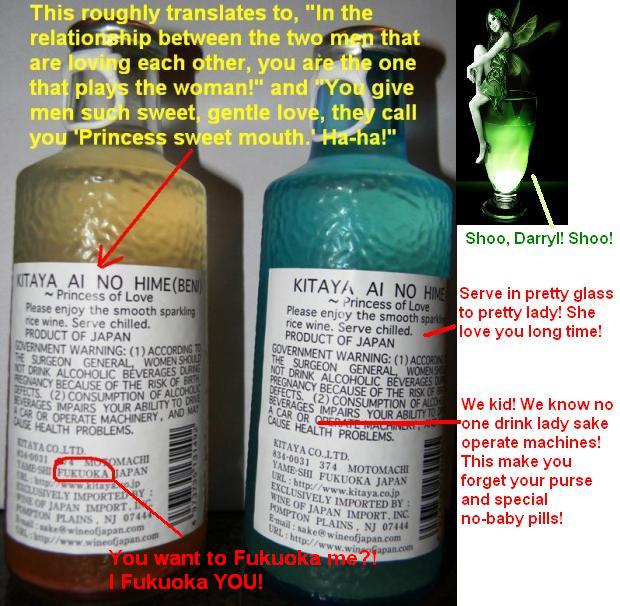 All kidding aside -- and I've already been told that "the Internet is forever" and "you know you risk alienating anyone that is ever nice to you!" -- and in all seriousness, this was super cool of Woody to bring this for me to try. Not many sales reps actually bring me alcohol, and it should serve as a lesson to the rest of you! Even fewer reps dare attempt a one-on-one dinner with me where, you know, I'm apt to totally be me. I have the bottles at home right now, chilling down – as suggested – and will probably drink them with sparkling Dana tonight. In champagne flutes, of course. Kampai and domo arigato Woody! Until we dine again!